Last time I wrote about how caregivers, including Chaplains, can neglect themselves in caregiving relationships. This happens when Chaplains, clergy and others who are providing care to another don’t recognize or reject their own power and authority, and also when caregivers don’t recognize their own needs and therefore neglect themselves. END_OF_DOCUMENT_TOKEN_TO_BE_REPLACED 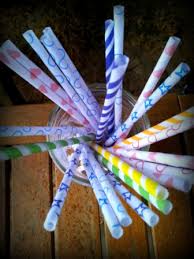 These were words from my CPE supervisor several years ago. At the time I was a bit taken aback. After all my schedule certainly seemed manageable, and I felt I was doing OK at work and at home. Sure I had my struggles, but found a way to pick up and keep going every time. This March I realized he was right. END_OF_DOCUMENT_TOKEN_TO_BE_REPLACED

“You’re smart, Sam. You need to go to Harvard or something.” These words were spoken to me by Nancy, who was one of the LPN’s on the geri psych unit where I worked after I graduated from college.

I mention Nancy because she was able to speak into my life in a way that was simple yet profound. It speaks to me now of how important and significant it is to not just say big, thoughtful things but also to speak – and listen to – the simple truth. I can speak personally from this experience and others that when someone tells me something positive about myself in a simple way it makes more of an impact than when pronounced with fanfare. I don’t trust fanfare. When someone I respect recognizes something in me and brings it out, that means everything. My CPE supervisor and my academic adviser and mentor at YDS both nearly brought me to tears just by saying “you’re good at this”. END_OF_DOCUMENT_TOKEN_TO_BE_REPLACED

At one point in my life I had wandered away from my faith. Not wandered, more like stormed out to be honest. That’s a whole other issue. I came back though, and a big reason I came back was I attended a Christmas service at a large megachurch here in Pittsburgh that changed my perspective on myself and my relationship with God. I started attending and joined about a year later. END_OF_DOCUMENT_TOKEN_TO_BE_REPLACED

I’ve been reading Radical by David Platt with some guys in my church small group. I’m about half way through it, and while there are good points to be made I have some major issues with others. Not to go too far into it, but I think he has a gift for overstatement.

Anyway, one point he makes is that all Christians are called to global evangelism. He equates calling with command in this case:

It is true that we often pick-and-choose what we find most appealing in Jesus’ teaching and apply what we like the most to us while putting aside what we don’t. However this argument made me think about the notion of “calling” in general. END_OF_DOCUMENT_TOKEN_TO_BE_REPLACED

I’m involved in an interesting discussion with colleagues regarding the relationship of chaplaincy to our corporate environments. The discussion started off with an article about how folks in business need to “over deliver” in order to move up the corporate ladder. It was put out as to how we as Chaplains can do this and what it might look like.

It drew some pretty heated remarks. Some considered that Chaplains should not even consider advancement in their work. The general idea was “I’m here to please God, not men! If you’re in it for advancement, get another job.” And that’s not much of a paraphrase. END_OF_DOCUMENT_TOKEN_TO_BE_REPLACED

I thought it might be interesting to pass on some thoughts on chaplaincy to those who might be thinking of it as a career.  It’s a pretty specialized field, and it’s hard to find someone who is a chaplain at times to talk about the position. Plus I think there’s a lot in chaplaincy that can – and should – carry over to ministry in general.  So here goes-

First of all, don’t take yourself too seriously.

I know that might sound a little strange as this blog comes off as really serious most of the time. This is where I get that serious stuff out. However I’ve found that the best approach to ministry, especially with the dying, is lightness. Things are dark enough already, and adding weight to weight just doesn’t help.

I take my position seriously, but I don’t have to take myself seriously. I don’t wear a collar or anything else that readily identifies me as clergy. If I do come to work wearing a suit people usually assume I have a funeral or a job interview. Others wear clerics and that’s fine – in some places like the VA hospitals it’s a requirement. I can see times where adding weight and seriouslness to my position is beneficial, as when I need to take on a position of authority in a situation or with a family. However I have seen many times when that collar doesn’t even get you through the door.

Then again, it isn’t just the collar but how it’s worn that makes a big difference. I’ve had some chaplains be so tied to the externals of their position, whether through collars and vestments or even through how they pray, that it gets in the way of their calling, which is soul care. I think if your identity is too tied in with externals it can be a hindrance. Your identity as a chaplain and as clergy in general needs to be tied to who you are and what you bring to the situation. And what you as a chaplain bring to an encounter is, at it’s core, yourself and Whom you represent. Yes we are often called to do things that only we can do because we have been given the external mantle of clergy, whatever that mantle looks like. But if you can’t divest yourself of all those same things and lay them at the cross in service of another you aren’t a minister of Christ.

The term “calling” is a serious topic, both for ministers and the people who call on them.  It implies not simply a “hiring”, but an endowment of purpose beyond what the minister and the congregation have.  It brings in a third party, the Holy Spirit, who acts as the one who inspires and confirms the direction of this person to that place for those people.  It’s pretty strong stuff.  It often brings up a lot of reflection and anxiety on the part of clergy: “What am I called to do?”  “Is this my own desire or God’s?”  “How can I be sure?”

Perhaps the most troublesome is the question that occasionally comes up after a call to a position of ministry, “did I just mess up?”

After I graduated from seminary I was “called” to a position right away.  It seemed ideal – it was a church I knew, where I wanted to work, doing what I wanted to do.  It was like a gift was just dropped in my lap.  To confirm my call the senior pastor and dozens of others laid their hands on me and prayed over me.  It was  a spiritually and emotionally charged moment.  I felt like everything was right.

However very soon I discovered that everything was not right.  I immediately was bashing into other leaders in the church who didn’t want to hear what I had to say.  I felt marginalized.  I found myself not in agreement with how things were done but had no outlet within the church to hear me out.  After a while, it got so bad that my wife actually quit attending the church where I was an assistant pastor!  I remember thinking, “did I mess this up?”  I wondered if I had mistook God’s calling for my own desires.

Looking back at it now I can see that I was called to that place for that time, but that the calling wasn’t what I expected it to be.  I don’t think that God makes mistakes, nor do I think that this was somehow out of God’s plan.  I was called to be there, but I think it was to show me that I was called to do something other than what I intended.  God used me, and when that particular call was over He called me back out again to hospice ministry.  That doesn’t invalidate the prior call at all.  In fact, I don’t think I would be doing what I’m called to do now if I hadn’t been called into that mess.

I faced a similar paradigm shift last week.  I found myself really struggling, both in CPE and my job.  I felt stuck, frustrated, tired and emotionally drained.  When I started CPE over a year ago, someone asked how long I was going to do that.  I thought I could do it as long as I could foresee.  I didn’t see any changes on the horizon, and didn’t really see the need to change.  However as I began growing through CPE, I found myself getting worn out with the status quo at work.  I wasn’t “feeling it” anymore.  I still had passion for my work, just not passion for that part of my work.  Like I told the group, “I’m just tired of all the ___ dying.”  One member of the group later commented that it looked like I was in mourning.  Indeed I was!

With the help of my CPE supervisor and the group I was able to see that I really was just stuck in this corner, unable to turn left or right.  I needed to see that I had lost my passion and needed to refocus.  In the past my instinct was just to try harder and push through.  However there was no more pushing through.  I had to back out and try a different direction.  In doing so, I was able to see a new focus for ministry: the people I work with.  I’d already moved into much more of a managerial role, and needed to cut loose some of what I was holding on to.  When I did that, I found renewed energy and depth.

Had my calling been wrong?  Absolutely not.  God put me there for that purpose for that time.  And I could not be doing what I am doing now if I hadn’t been there.  My calling changed, and now I can even see that it is not a huge a change.  The hard part in making that adjustment was seeing that I needed to make it – I couldn’t try harder, it was done.