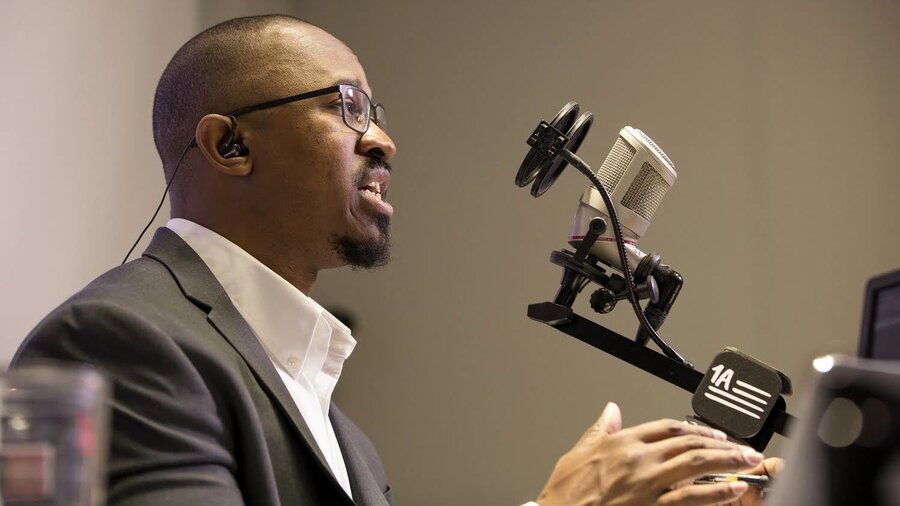 Joshua Johnson, host of NPR’s 1A

The NPR show and podcast 1A recently held a discussion with former radio personality Diane Rehm and medical experts, prompted by the news that former First Lady Barbara Bush had chosen “comfort care” in the last days of her life. END_OF_DOCUMENT_TOKEN_TO_BE_REPLACED

A recent article by Dr. John Neihof on the American Family Association website caught my attention recently. I find that I’m often at odds with the AFA, and try to counter some of their more off-base proclamations (the biblical mandate for border walls for example) in their comments section. It’s been a fool’s errand I think, and this fool has run his final errand with the AFA. END_OF_DOCUMENT_TOKEN_TO_BE_REPLACED

I revisited an older verbatim that I wrote back in 2011. It’s interesting to go back and review older visits and interactions with the lens of history and experience. I don’t remember this particular case, but it reminds me of several other cases. I do remember that it was rather frustrating for me, which will be evident in the interaction. END_OF_DOCUMENT_TOKEN_TO_BE_REPLACED

The relationship between body, mind and soul is one of the most complicated and least 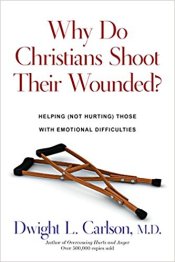 understood in the modern world. One reason is that while the three certainly seem distinguishable (at least to those who believe we have a soul) the boundaries are extremely hazy. Is depression a result of a chemical imbalance, a poor self-image, or guilt from personal sin? How you answer this question will be a reflection of not simply your faith but your worldview as well (and the answer is most probably “yes” to all three). END_OF_DOCUMENT_TOKEN_TO_BE_REPLACED 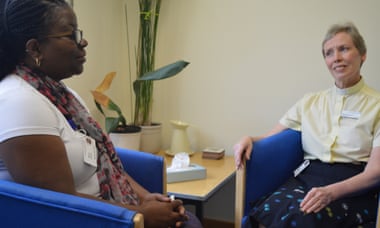 Burnout is a common problem for those in helping professions, and while the word or term “burnout” may be used without much thought at times, it is a real problem with specific features. Maslach noted that the features of burnout are multifaceted, including  “emotional exhaustion, depersonalization, and reduced personal accomplishment”. Since caregiver burnout was first described in the early ’70’s a great deal of material has been written in order to study its effects and possible ways to alleviate it. Because of their visible role in the workplaces where they serve, chaplains can become a resource to help their coworkers prevent burnout and provide staff support as well as indirectly provide better patient outcomes.

END_OF_DOCUMENT_TOKEN_TO_BE_REPLACED

Bradshaw On: The Family comes on the heels of the social upheaval of the late ’60’s and the cultural narcissism of ’70’s America. Popular culture was trying hard to emancipate itself from traditional societal and religious norms. This cultural zeitgeist runs through this book and therefore may turn some off. However don’t disregard it as mere “psychobabble”; it has ideas well worth considering. END_OF_DOCUMENT_TOKEN_TO_BE_REPLACED

I came across the following short but insightful article on Relevant Magazine’s site. It highlights two basic observations that may seem obvious to some (the cyclic nature of grief and the importance of a social network), however the fact that it’s written at all shows the necessity to continue to educate and assist those grieving any sort of loss.

2 Things to Remember When Struggling With Grief

Several years ago, a pastor who was a longtime mentor and friend of mine did some things that caused havoc in my family. Overnight we lost our church community. We felt totally betrayed. For weeks I was angry, then sad, then just depressed. I avoided interaction with people. I didn’t want to hear any Christian platitudes that just made me feel worse.

END_OF_DOCUMENT_TOKEN_TO_BE_REPLACED

Starting out as a chaplain I was very concerned about what I might say and what counsel I could provide to others. As time went on I learned chaplaincy was more about listening than talking, and learned to silence my inner psychologist and problem-solver (or at least to keep that voice in my head, if not silenced). Then there are the times where words just fail. END_OF_DOCUMENT_TOKEN_TO_BE_REPLACED

At my first Ash Wednesday service several years ago, I knelt in a quiet, contemplative sanctuary and was surprised by feeling almost irrepressible rage. As the priest marked each attendant with a cross of ashes on our foreheads, I felt as if he was marking us for death. I was angry at death. I was angry at the priest as if it was somehow his doing. END_OF_DOCUMENT_TOKEN_TO_BE_REPLACED